It’s the little things in life that are the most wonderful. A small exchange with a kind stranger, a moment of laughter with a good friend, a taste of something homemade and pure. And when you can experience all that together under the warm sun on an August afternoon—like I did this past weekend at at the annual Flavours in the Field culinary festival, in New Tecumseth, Ontario—well, it really is pretty wonderful.

I grew up in the village of Tottenham, which is part of the larger community of New Tecumseth, just an hour’s drive north of Toronto. It’s the kind of town that, as a teenager, you can’t wait to leave but that as an adult, you return to and think how nice it was to grow up in a place where everyone knew you and that it really is quite lovely. And one of the loveliest parts of Tottenham is its famous, fully functioning steam train. 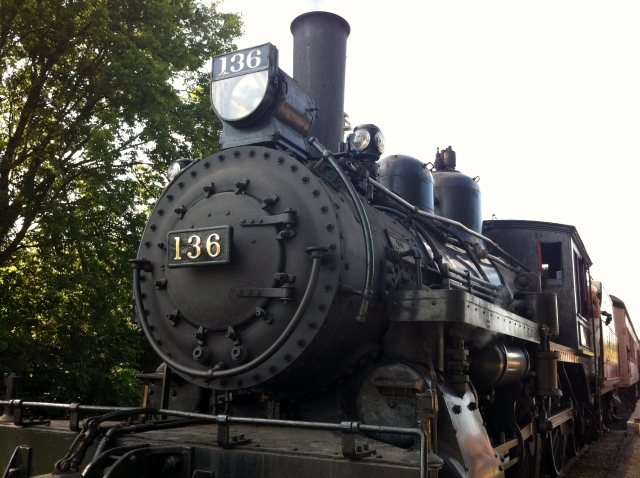 And I’m not kidding when I call it famous. That train has appeared in more TV shows and movies than probably most actors in Hollywood, with everyone from Ed Harris to Super Dave Osborne rolling through town at some point. (Just this past week, the cast and crew of CBC’s Murdoch Mysteries were in Tottenham shooting an episode at the train station.) The South Simcoe Railway is home to several 1920s passenger cars and four different locomotives, including a 1948 diesel-electric and a 1912 steamer. But the crème de la crème of the vintage fleet is #136, an 1883 steam locomotive from New Jersey. Every weekend throughout the summer (as well as for special rides on Halloween and at Christmas), the restored train opens to tourists who want to ride the remaining bit of now out-of-service track that sits between Tottenham and nearby Beeton.

And among #136’s many starring roles is its place as the lead transportation for the Flavours in the Field festival. Attendees get a seat on the train, which departs from Tottenham and drops passengers off at, literally, Nowhere (a.k.a. Mile Marker 58.4).

You have arrived at the middle of Nowhere

Nowhere is actually a farm field, and for the Flavours in the Field event, it’s set up with tents, food and drink vendors, an outdoor art gallery, a silent auction and a live band. It’s run by the Beeton-Tottenham Business Improvement Association, and has been going since 2010, promoting the small, independent businesses that operate in New Tecumseth.

Last year was my first time attending, and I fell in love with it. Yes, it’s a small event, but that’s because this is a small community. And it’s just utterly charming; I mean, really—you ride an 1800s steam train to a farm field and sample local food and drinks and mingle with the community. It’s positively lovely.

This year, I sampled goodies like sweet potato soup with a ginger kick from The Whistle Stop in Beeton, beef brisket with take-your-breath-away mustard dip from A Taste of Freedom Country Inn in Tottenham, and barbecued burgers from The Man of Yorke in Tottenham. (Note: As a Tottenham native, I must add that A Taste of Freedom has a stellar martini menu, and The Man of Yorke has seen me put back many a pint of Guinness.)

Of course, you need dessert when you’re on a sampling spree, and there were delectable treats like cookies-and-cream cake pops from The Little Bakery That Can, and absolute to-die-for chocolate-peanut-butter truffles from Sophie’s Sweets, both in Alliston. 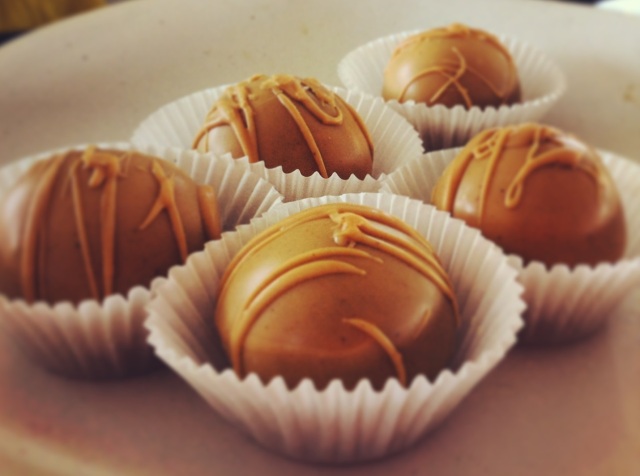 The beverage options were the most varied of the vendors, and I tasted everything from a powerful, full-flavoured gooseberry wine and sugar high-inducing strawberry-rhubarb sangria from Downey’s Estate Winery, to a tart cranberry wine from Muskoka Lakes Winery that could have easily passed as cranberry juice to the unsuspecting. Other noteworthy tastes were the brand-new all-organic Hockley 100 brew and the crisp Stiegl-Radler grapefruit beer (by far my favourite drink of the afternoon—if I could have brought the keg home with me, I would have). 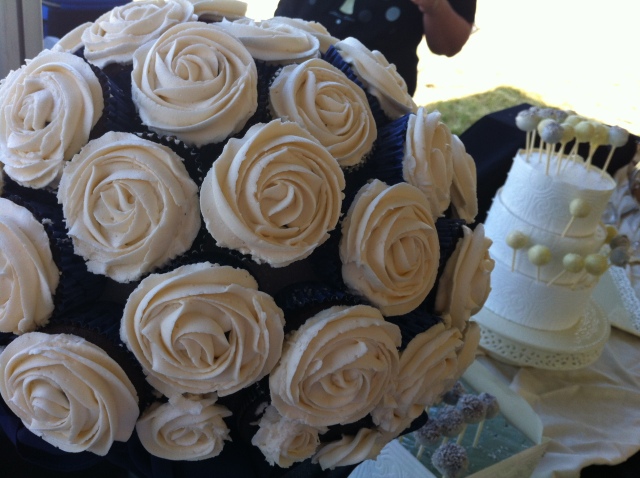 Artworks of dessert by The Little Bakery That Can

Each business at Flavours in the Field has a commitment to local, sustainable food and drink. Sophie’s Sweets bakes entirely without preservatives, and can customize your order to meet gluten, dairy and egg allergy restrictions. Hockley’s 100 beer uses only ingredients that can be found within 100 kilometres of the brewery. Muskoka Lakes makes wine from cranberries rather than grapes because it’s too cold in that region for traditional grape winemaking. Each business at the event has a commitment to promoting local flavours and ingredients.

My only warning, if you go: This year, the drink vendors far outweighed the food vendors, and when you add in sunshine and hot weather, it can make for a dangerous combination. Just keep that in mind when you go for another glass of gooseberry wine.

Flavours in the Field runs every year for one day in mid-August. Tickets can be purchased from the Beeton-Tottenham Business Improvement Association, as well as from various businesses throughout Tottenham and Beeton.